Training of trainers at KDM, center for Street children, Jakarta

KDM is a shelter for Street children who are willing to try to change their life.
From the little bit I have seen until now, it is a place full of creativity, art and heart.
The meetings with the trainers started two weeks ago, and are proceeding in order to prepare together a good plan to help these street children to improve their capacity to manage their strong emotions through the help of music and art.
Here are a few pictures of the place. 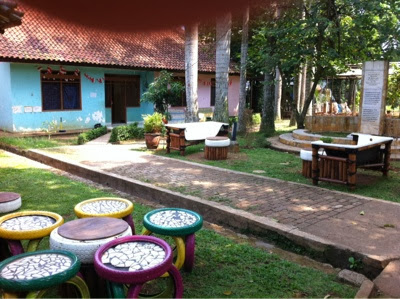 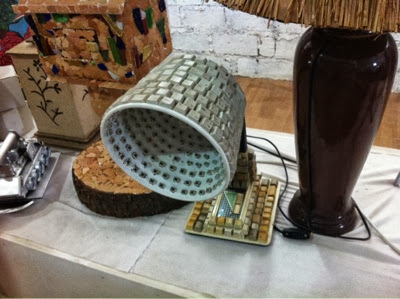 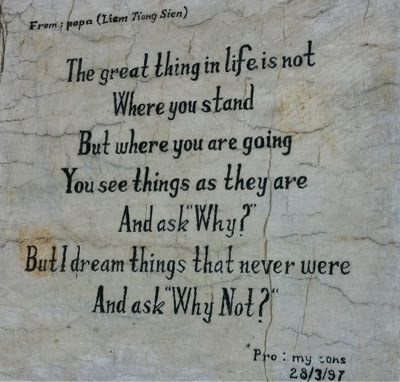 Meeting again the kids of PT

Today, after a few meetings and discussions among the people managing the project, we finally have been able to meet the kids from PT.
It was so good to hug them again, and see how they have grown and become more self confident.
We started with the parachute games.
We played outside (it was quite hot!):

We went then inside and I played a few short pieces on the violin and they moved towards the board with written the emotions that they were feeling.

I was happy to see that they were choosing the emotions that they were feeling individually without fearing to make a mistake!
Moreover they were splitting in different points, meaning that they can listen to their inside and choose, instead of following what the majority does.
I was very satisfied in noticing it.

We sang, first remembering the lyrics, then with guitar and percussion, then in two voices.

Here are the song lyrics:

Y. and D. said that they liked most, of last year, to go to Bogor, with all the trees.

C., she remembers that they were chatting during the rehearsals and that then M. was very angry because they were not serious, but at the end they made it for the show and that made her feel very happy.

Y., he loved to hear the violin and really wished to play it too, he loved the sound of the violin, but he has no time/possibility to learn (as L., the violin teacher, comes in the morning when he is at school)

N. through D., said that they made us very angry, as they forgot to practice or were not in the mood to practice.

Y., said that she liked the delivery of the  certificates but was also sad that we were concluding the activities

M., was sad when she got the certificate for the same reason but is now happy that I'm here.

G., said that she hated to repeat every time they made a mistake (rehearsals).
Also she didn't like to hold the background of Boncel, when it was falling down (during the second show)

A., he remembers Ippolita.

A. feels more confident after he has participated to the activities.

C. feels that she is now more in control of her emotion, like anger.

G., feels that after the workshop she is more expressive in her communication

A. said that Sara is very patient.

S. feels that he is more patient, after following the workshop.

A. said that he can now handle better his emotions.


At last we did the Bang-bang game, their favorite (U. won, A. was the one in the middle)

To conclude we hugged, took some pictures and delivered snacks and drinks. 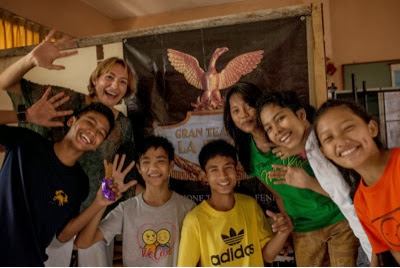